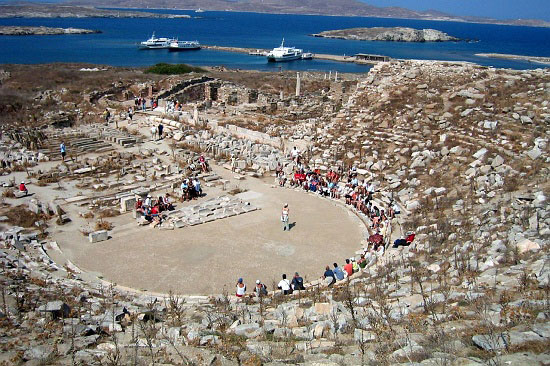 The Theatre was built in the 3rd century BC. and presents the usual form of an ancient theater with its  hollow, the space where the spectators sat on the western side of the hill with a magnificent view of  the sea and the ports, semi-circular orchestra and the stage. From the marble seats that could have  accommodated an audience of about five thousand viewers, few remain intact today. Unlike the seats in the front row around the orchestra and  the Presidency, which were the only seats with back support and still exist. 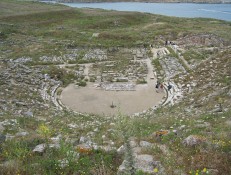 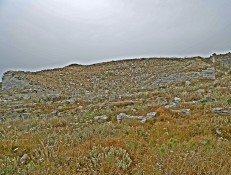