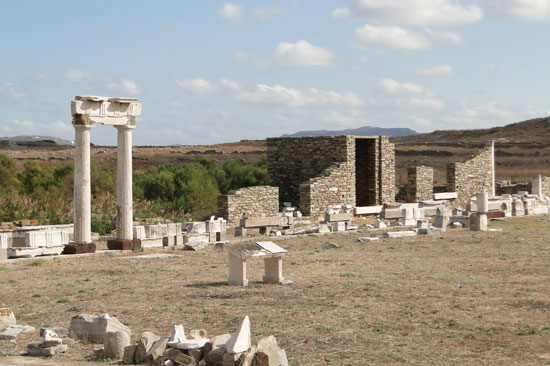 The Agora of the Italians

The entrance to the huge Residences is known as the Italian Agora, the largest edifice of Delos is directly south of Leto-a portico with four Doric columns in front. Over the basement there is a floor with  square pillars instead of columns in porticoes and Ionic architrave. Also the center of the space occupies a large quadrangular square, measuring 48x68 meters, surrounded by a colonnade, with a total of 112 columns, two of which   have been restored   on  the North side with their architraves.