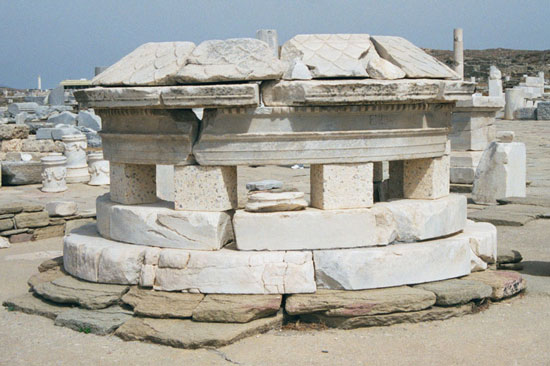 The Kompetaliaston Market  was given its name by Kompetaliastes, an  association of slaves and freedmen which had the Larites, Roman gods of the crossroads as their patrons. Others had also settled, in the same area,for example Roman and foreign merchants,Ermaistes and Apolloniastes, united in associations under the protection of a god. Marble bases and altars, offerings of clubs are strewn across the square. The buildings are preserved in the south and east of the square,used to host comercial premises but most of the dealings took place outside under tents with wooden stakes. Moreover,the grain trade operated from here, and also the famous slave bazaar as mentioned the geographer Stravon. 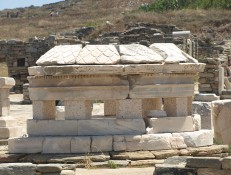 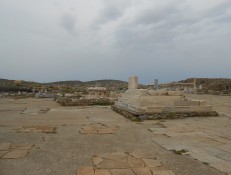 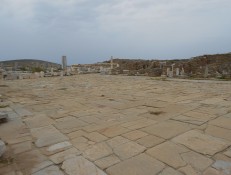 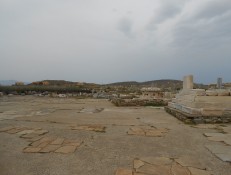